Generally speaking the customer (or tenant) has already had several previous pest control & drainage contractors in and inevitably the customer has already spoken with various friends, trawled through various forums and done the predictable searches with Google.

All of this means that when we attend, generally the customer has already formed ideas and concepts about rats and how they are getting in some of which are verging on the bizarre.

Most of these opinions are just based on slight elaborations of the facts whereas some as most definitely in the myth zone.

As with all crisis situations, it’s important to establish the facts before making decisions so we thought we’d share a few of the more common ‘male cow manure’ statements we hear.

‘Roof rat’ is a nickname for the Black rat (rattus rattus) which was the original rat in the UK before the Norway rat (rattus norvegicus) was introduced in the 1700’s and quickly became the dominant species.

Black rats are possibly now extinct in the UK – there are transient populations reported in Southwark & Avonmouth plus possibly some offshore islands but in general they are now a very rare thing indeed.

So safe to assume any rats in a roof are rattus norvegicus which is also has the nickname the ‘Sewer rat’!

The rodding eye cap is what sits above the interceptor.

The interceptor holds a water seal to stop sewer odours passing (just like a toilet U-bend).

The belief is that rats also won’t pass through the water that the interceptor holds.

The reality is that they freely do!

I’ve got both rats and mice

Well there is a predator/prey relationship here so it’s not common – most likely you just have adult rats and juvenile rats (rats up to 4-5 weeks old look very similar to mice).

We have seen it though where rats only occupy one part of a house and mice are occupying the other areas so the two never meet – rare though as generally once rats enter a building, they quickly exploit all areas and any mice just leave!

No they are most definitely separate species and don’t interbreed.

There are differences in their habitat and approach to life – you’ll never find a mouse in a sewer for example.

The vast majority of rodenticides (baits) all work the same way – through stopping the blood clotting.

Once the rat is dead, its dead and there is nothing magic in any of them that will then alter the natural decomposition process (which involves creating a stink!).

No evidence to suggest that anti-coagulants make rats thirsty.

Plenty of evidence to demonstrate it makes them sleepy/comatose (as they effectively haemorrhage internally) and therefore want to die somewhere they feel comfortable – like your house!

No this is bees – we think quite the opposite for rats.

Both squirrels and rats are rodents and therefore will regularly gnaw on pretty much anything to keep their teeth in check.  Neither particularly favour metal – they like electrical cables and plastic plumb-ware best. 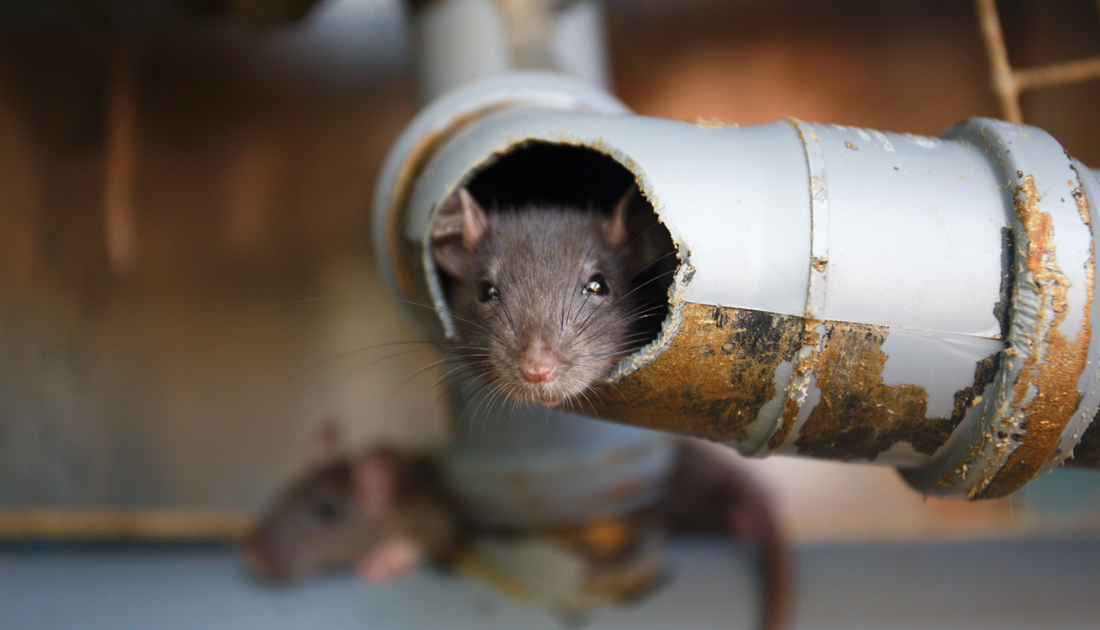 Rats can survive in a house by eating floorboards

No – they will gnaw floor joists and floor boards to keep their teeth in check but they don’t eat what they gnaw.  Gnawing and eating are mutually exclusive due to the way the rats jaw moves.

They can gain a nutritional input from plasterboard apparently but even if they eat this by the sheet they won’t survive on this alone.

Essentially each rat will need 20g of good organic material every day to sustain its existence plus a water source.

No that’s teenagers – rats actually seem to have a fondness for avocados.

Actually if you look carefully at a hole that a rat has made in one of those plastic air bricks you will see that it’s been gnawed from the inside out.

Yep – these rats are gnawing their way out from the building; not in!

Where cavity walls are present, then yes rats will move between houses via the wall cavities but it’s pretty rare via holes in the party wall as they’re usually aren’t any.

They’ll also use roof voids to move between houses but massive commutes along whole terraces won’t happen unless someone has a peanut butter factory or equivalent in their loft.

Rats can just burrow into your house from anywhere

No they’re not moles – they can burrow but they’re not that well equipped for it so they need soft substrates.

Most burrow points around buildings are where rats have burrowed out rather than in.

I would find droppings if I had rats

Well maybe but rats will usually only defecate where they feel comfortable and ‘at ease’ – much like us they won’t do it on the run.

You therefore usually find all the droppings under floors, in roof voids, wall cavities etc. rather than in open areas.

Next door has cats so they won’t have any rats

Because neither cats nor rats talk, typically the owner knows nothing of what goes on in the kitchen at night.

As above but times two.

Rats can climb out of toilets

Yes this does happen but tends to be ground floor or basement facilities – usually they just swim around inside the bowl for the same reason that spiders get stuck in baths. 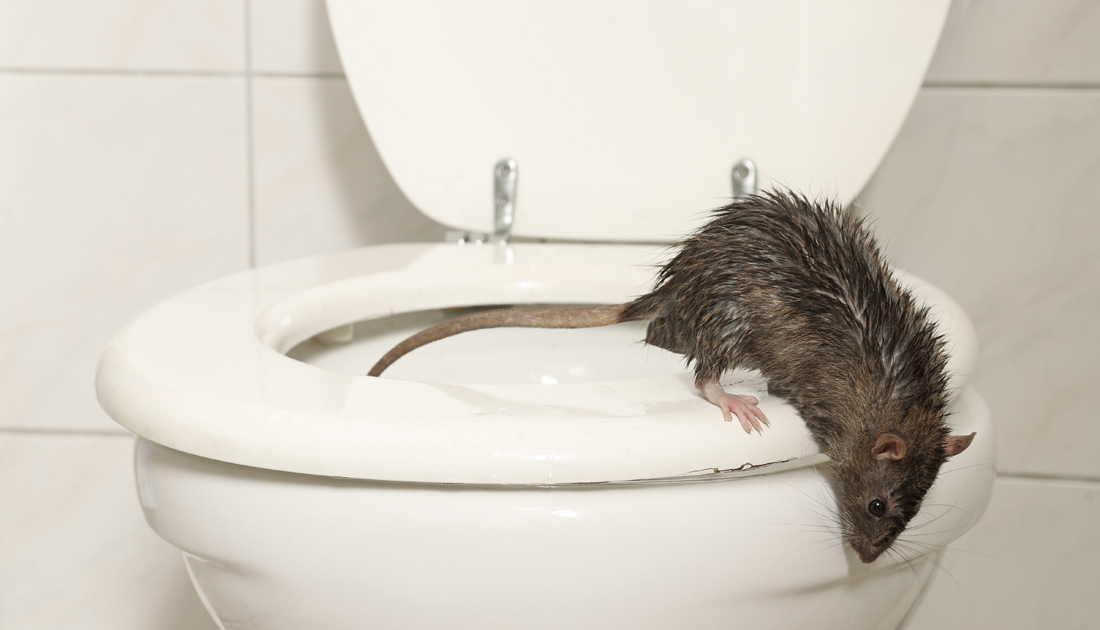 Rats will attack if cornered

Yes sometimes but in a very half hearted way.

You’re going to get bit if you manage to grab one but it’s not going to leap at your throat.

Yes this happens and they can climb up stacks too.

If you pull a rats tail off, it just grows another

Rats can survive without food for 18 months

Rats can pass through key holes so how can I ever be safe?

Just call Pestology and we’ll apply real logic and understanding to stop them entering your house and leave the witchcraft for the competition!