If you’re near bottom of the food chain in life then one thing that assists with your survival is the ability to squeeze through small holes.

The good thing about a food chain is that the animals above you are physically bigger and so generally can’t fit through the same holes – this works to your advantage when they are trying to catch and eat you.

So the rat has evolved some clever physiological traits to maximise its ability to fit through small holes.

It is particularly adapted to fit under narrow horizontal gaps – things like door thresholds, skirting gaps – as presumably this is similar to the logs and stones they would have been squeezing under millions of years before doors and skirting even existed.

If you look at the skeleton of a rat you’ll notice the whole assembly is almost eel-like or ferret-like – essentially a long cylindrical shape.

The legs can collapse right up tight against the body (or splay out flat), the shoulders are narrow, the back flexile and the head is pointed – it’s a shape that’s evolved to push into and pass through tight spaces.

Contrary to belief their rib cages don’t collapse like a slinky coil – their ribs are there to protect their internal organs and provide a point of attachment for their breathing muscles (just like ours) so collapsing this way would work against these primary functions.

The skeleton has just evolved to be a certain size and shape so as to ensure it fits and follows what the head goes through.

In turn the head has whiskers and long hairs on the front of it which tell the rat in milliseconds whether the head will fit through a given hole or not (think of them as long nose hairs with similar sensitivity) – and that’s all the rat needs to know as if the head fits then the rest will follow. 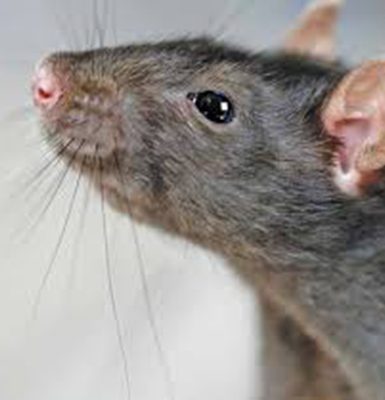 There are exceptions to this rule – overweight rats will have bodies that won’t always follow the head and sometimes the rat doesn’t have sufficient grip or leverage to enable its rear legs to push the body through after the head.

So in terms of actual hole size, it depends on: whether the hole is horizontal or round, how much grip and purchase the rat has to push its body through, how high the hole is from the ground and the substrate the hole is in.

The age of the rat also has a big influence – juvenile rats that are freshly weaned are barely bigger than mice and can fit through much, much smaller holes than a fully grown, well fed adult.

In optimal situations, an adult rat will need 12mm in a horizontal gap and a round hole of 25mm diameter

These holes half way up a wall or in a location that takes a bit of effort to reach will need to be increased further as the rat will be in a less optimal body position to fit through (or be able to apply less push from its legs).

These figures are average statistics – it doesn’t account for those few rats that are particularly good at fitting through holes, they’ll be able to better these stats.

Just like most ‘average’ male human can run 15 mph, there are the Usain Bolts out there that are genetically superior than most and can do 28 mph.

Then of course the advantage of being a rat is that you can easily make holes bigger simply by gnawing.

Whereas you or I would most likely need a power tool of some sort to enlarge a gap for us to pass through, the rat is all ready to go with its very sharp teeth and impressive jaw pressure.

Softer substrates such as wood, plasterboard and plastics can be enlarged in minutes if there is an initial small hole to provide an edge – so something 10mm can be made 25mm no problem. 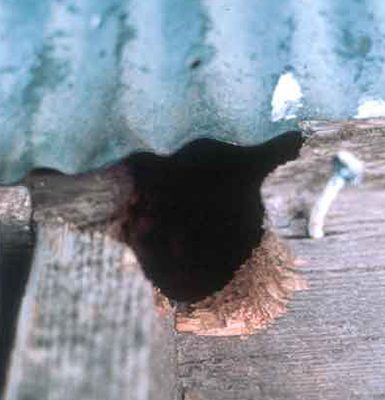 All of the above is important to know when proofing for rats – at Pestology we don’t use anything less than stainless steel mesh and we give consideration to the substrate involved to ensure sufficient overlap.

We know exactly what holes pose a risk within a property and what compounds and materials to fill them with, therefore ensuring rats cannot physically gnaw through them or even know that a hole was originally there… but that’s a subject for another article!

To make this site work properly, we sometimes place small data files called cookies on your device. For further details please see our privacy policy and how we use any personal information we collect about you when you use this website.
Accept and move on
Find out more