An interesting statistic from our private client base is that a very significant percentage fall into one of two groups:

(1) Those who are about to sell

(2) Those who have just bought

Typically those in (1) have battled with the issue for a long time and now have come to us for a last push to get the property clear and with a guarantee to hand to their conveyance solicitor and give assurance to the buyer.

Typically those in (2) have just settled in to their dream home thinking the move ordeal and cost is over only to discover this new property has existing ‘residents’ who still haven’t left (and have no intention of moving).

People in (2) often pursue the sellers in terms of an undisclosed cost and often the associated stress impact hence people in (1) are advised by their solicitors/estate agents to ‘get it sorted’ before going to market.

When you live in this rat world like we do, you begin to realise just how widespread the issue is so please be assured that the chances of property buyers inadvertently purchasing somebody else’s rat problem is high.

In fact we estimate that around 7% of property sales are prompted by ‘unsolvable’ rodent problems – the seller is simply tired of continually investing in trying to treat the issue and simply wants to move on. 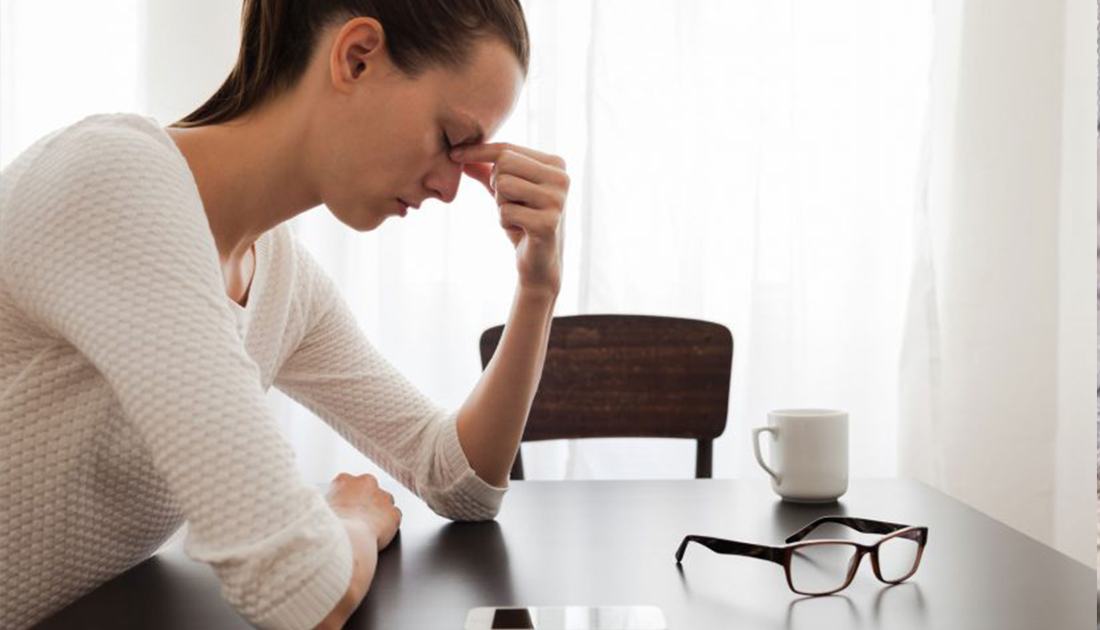 So are some types of building more prone to rat problems then others?

Yes – ultimately all buildings are capable of initiating a resident rat population but some are more prone than others simply by the way they are built, what has been done to them or where they are located.

Here are you high risk top 5: 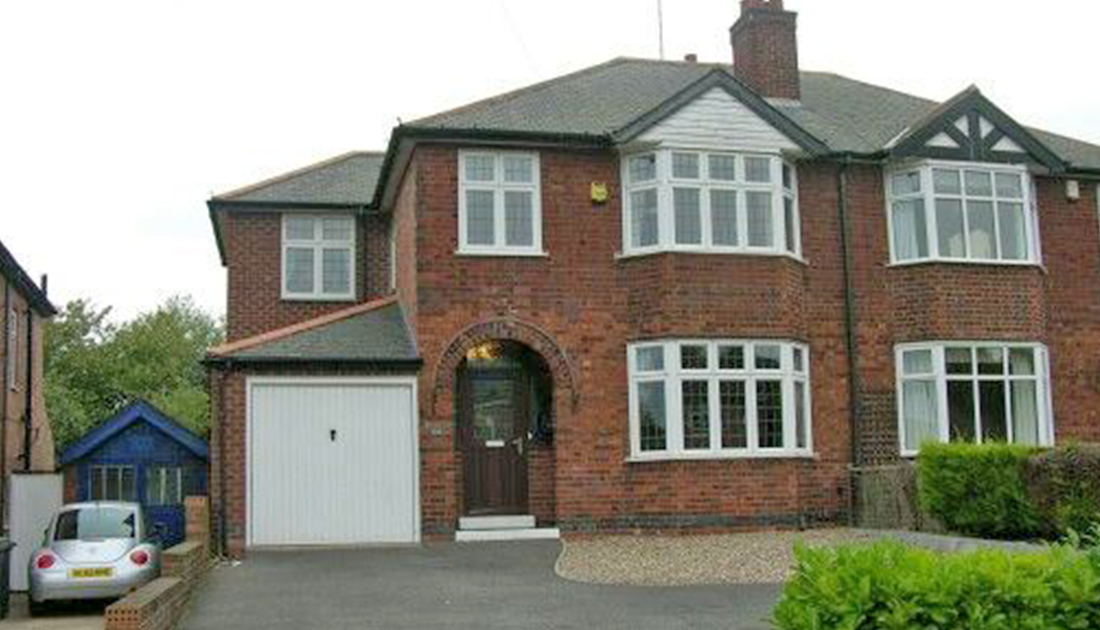 1930’s was the first ‘modern house’ and these typically have a large footprint, large garden and side garage.

Buyers therefore like to extend to the side and rear to make them even bigger and it’s these extensions that cause the original drainage layout to get chopped and changed as toilets and bathrooms get moved about.

Often these extensions get done on the cheap as everyone plumbs for the cheapest quote and less than diligent builders end up introducing all manner of drainage defects and substandard drainage in general.

This then allows rats to emerge into the building fabric – additional benefit is that cavity walls are typically present in this era so you can share rats with your immediate neighbour too (and vice versa).

Added layer of complexity are separate surface water and foul water systems – both of these will most likely connect to a sewer and so both will carry rat traffic.

Because of this, both will contribute to the problem if they have been built over.

So lots of contributing factors to consider making rat infestations in these buildings common and also complex (expensive) to remedy. 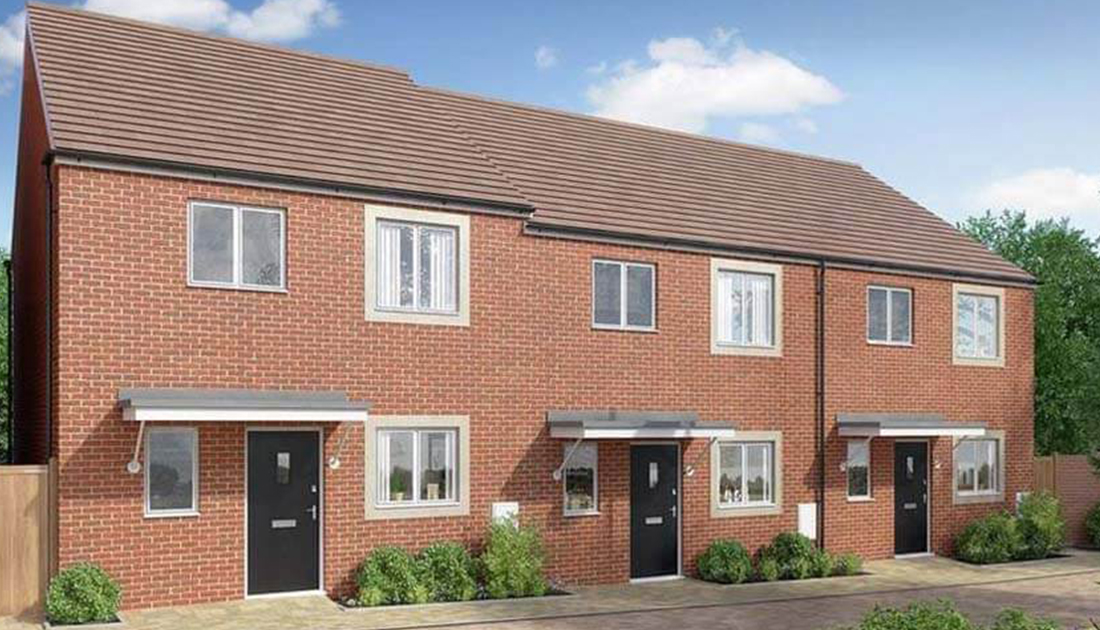 Yes rats can be present in buildings even when they are being sold off-plan so don’t think you’re safe buying a brand spanker.

New builds will always have large elements of PVC drainage and this is only 4mm thick plastic and held together with nothing but a rubber seal and some washing up liquid.

On top of that it’s probably been installed by one of the lowest skilled members of the construction site team with the objective of simply lasting long enough to see the project completed and the other side of its liability period.

As a result we see some of the worst assembled drainage on new builds (1980’s onwards) and the tendency to keep stacks internal means any defects also allow rats to emerge already inside the foundations.

Cavity walls will be present allowing rats to freely move between you and your neighbours and often land drains are incorporated on top of the foul and surface systems to give you three total systems to consider and tackle. 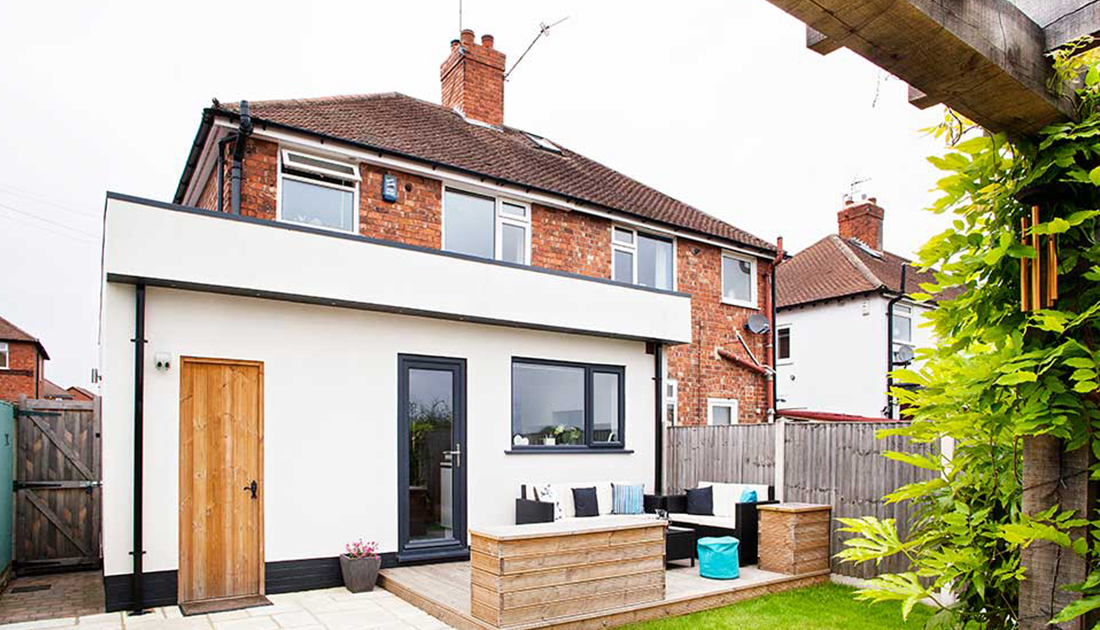 (3) Extended properties of any era

Extensions are the primary catalysts in lighting the fuse for any rat ingress into a building fabric scenario – this can include conservatories too.

Why? Because it means the original drainage has been adapted or built over and both of these scenarios carry high risk.

Adapted drainage means bodgery (typically) – builders of extensions will use PVC pipework and will mate this in with the original clay and cast iron pipework (depending on the age of the building).

The best of bodging goes on here as the beauty of drainage is its all out of sight underground – yes a building inspector theoretically ‘signs it off’ but often it’s the blind leading the blind in terms of rat considerations.

Even excavating old pipework is a bit like un-wrapping a mummy – they are perfectly stable in their undisturbed and embalmed environment but exposing them to some fresh air during the exposure process often stresses them and causes inadvertent damage such as slipped and open joints.

This difference in movement in turn can put twisting and flexing forces on the drainage underground which in turn causes bits to break or come apart. 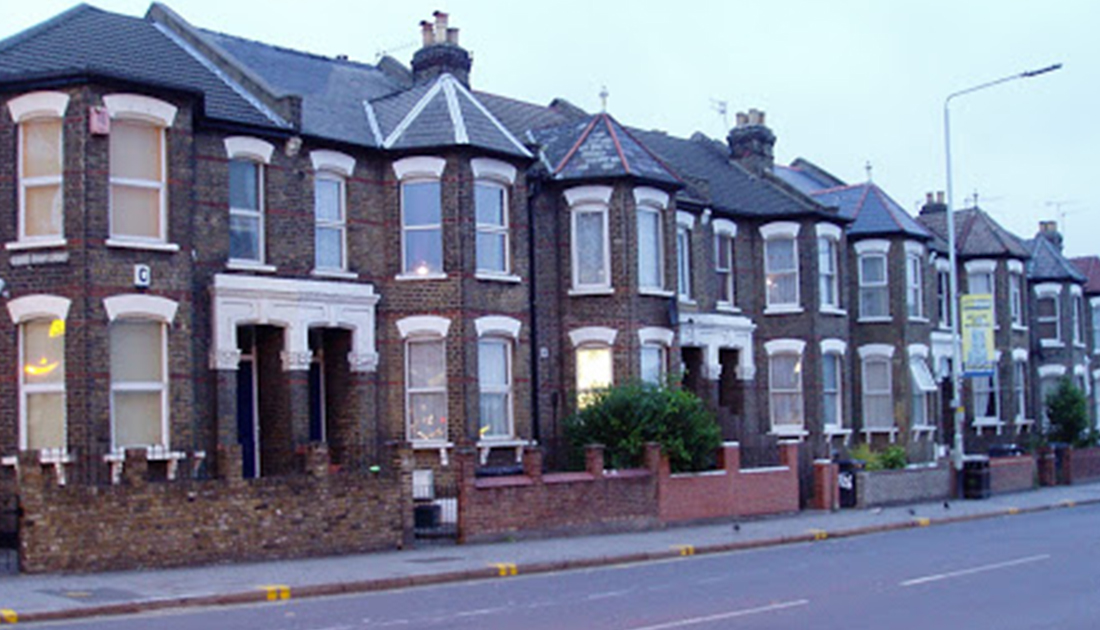 Properties of this era typically had simple combined waste system’s and solid walls with all the drainage on the outside of the building and all built from very sturdy cast iron and clay – so actually the original buildings were pretty rat resistant.

However they were pre ‘modern lifestyle’ and were simply designed for the family to huddle around a fire in the dark and eat stale bread so not much space.

Because of this they are inevitably hugely extended and adapted to bring them into the 21st century and therefore inevitably the original bullet-proof house is now a lick and stick affair of varied central heating upgrades, AC installations, bi-folds, underfloor heating and en-suites.

Again all these adaptations and alterations introduce defects to both drainage and building infrastructure which then open the door to a long standing rat problem. 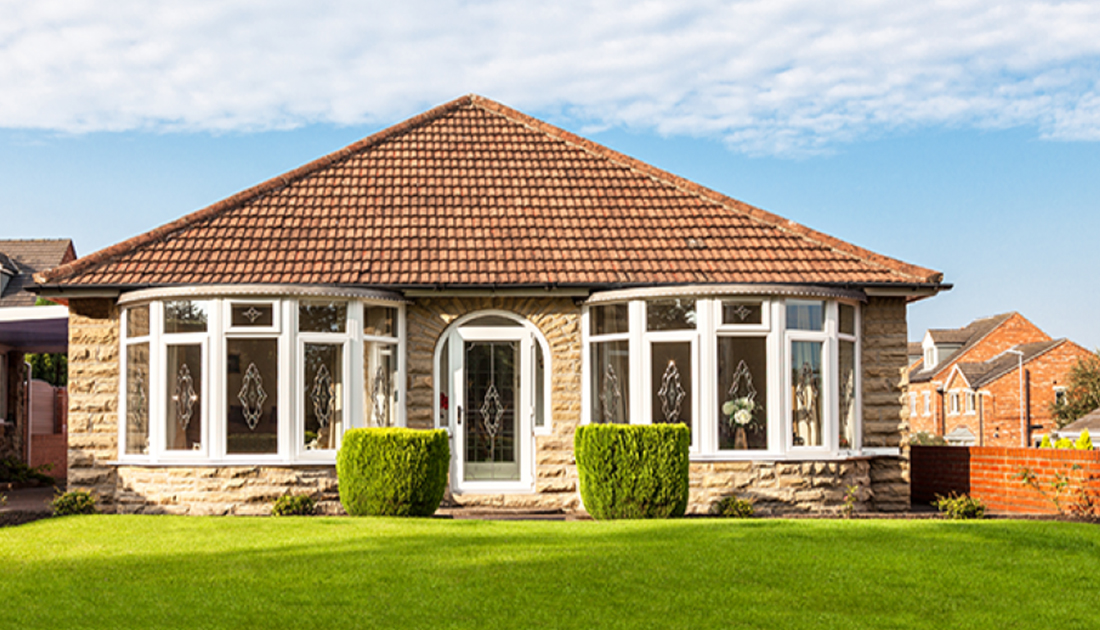 Main problem with these is low roof lines.

Rats are very agile and competent climbers (like you wouldn’t believe until you see it), so they generally have no problem accessing a bungalow roof from nearby vegetation, fences, trellis or telecom wires.

Problem with roofs is they’ve nearly always got holes around lead flashing, hip tiles, ridge tiles and around fascia’s which allow the rat to access the nice warm roof void beyond.

Here they can nest and breed in peace popping out to feed on the recycling, pet food and bird feeders present in virtually every garden these days.

So what’s a safer bet for a house buy?

Well as you can see pretty much every architectural variant has its vulnerabilities but there was a brief era post war in the 50’s and 60’s where they wanted to build houses in a hurry and so experimented with pre-fab concrete.

Very thick solid slabs were created and then connected together a bit like a stack of cards to create houses or blocks of flats.

Typically the drainage was kept on the outside too so end result was something much harder for rats to infiltrate.

So if you don’t mind living in a squash court then these are the lower risk option. 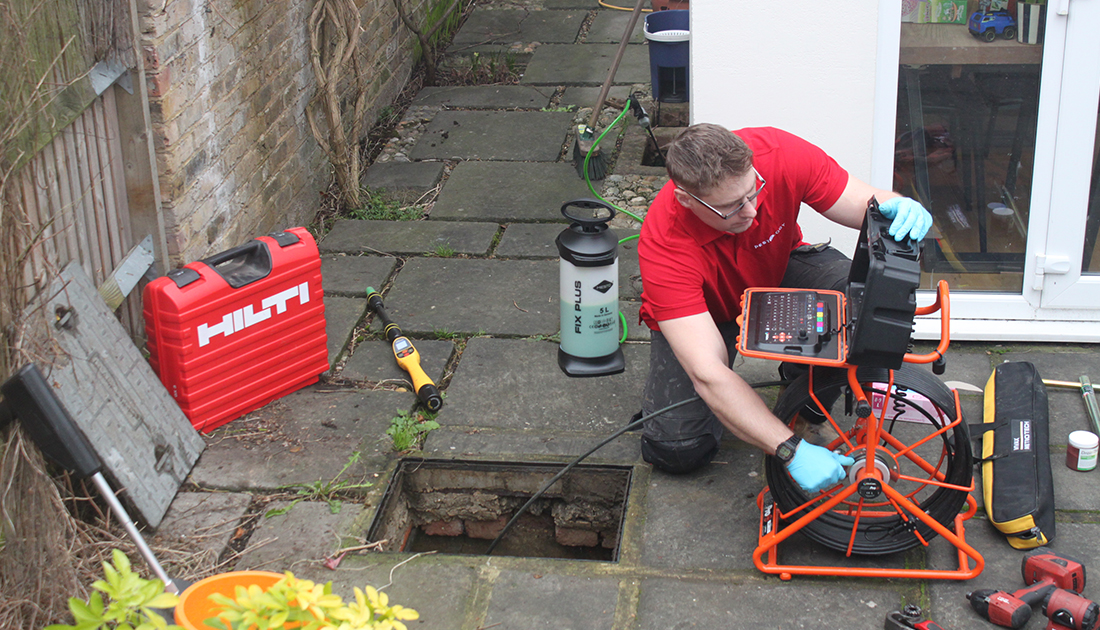 Otherwise look to buy the house you want to live in but be sure to engage Pestology to do a DCP survey so you’re fully aware of potential costs to remedy the undisclosed furry squatters.

Chances are they are there and waiting for you!

To make this site work properly, we sometimes place small data files called cookies on your device. For further details please see our privacy policy and how we use any personal information we collect about you when you use this website.
Accept and move on
Find out more